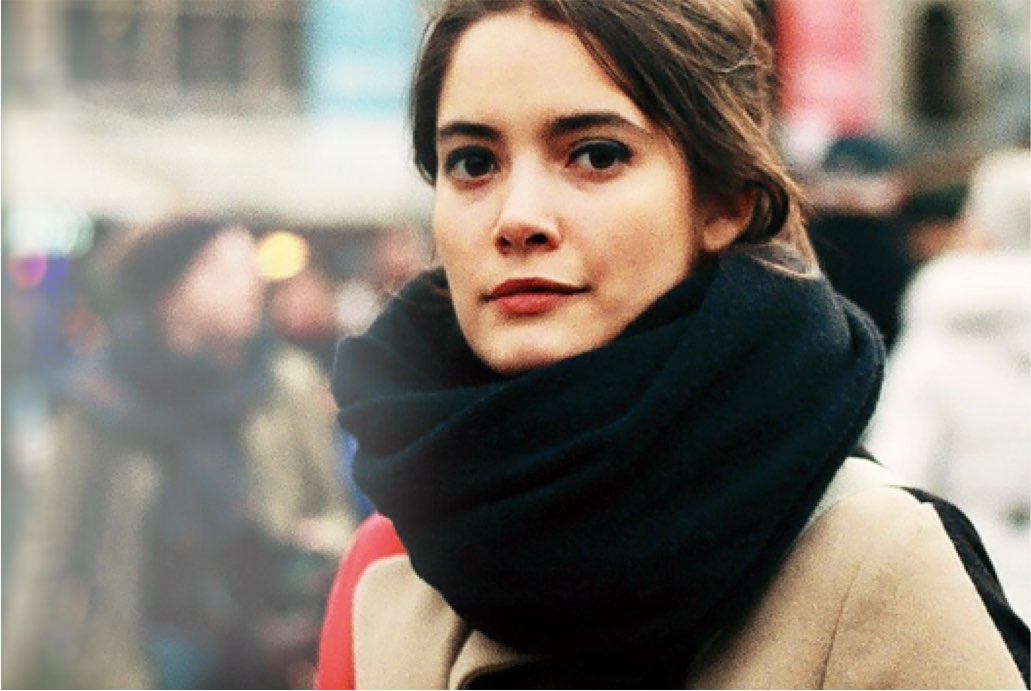 Graphic designer. Barcelona, 1992. Holder of a Bachelor’s Degree in Design and a Postgraduate Diploma in Graphic Design and Publishing Projects from the Elisava Barcelona School of Design and Engineering. She has worked on projects of Editorial Design, Identity, Website, Typography, Digital and Art Direction. She has given conferences at FIU Bcn at DHUB Barcelona and Blanc Festival 2014. Mar was the first “Impars” artist. She was commissioned to design the 2016 Christmas card, an original 40 x 40 cm digital collage.
“You don’t get your hands dirty until you really get involved”. This is how Mar de la Llave (1992) describes the key to learning her trade. Whatever it takes. Her hands however are not the hands of a hard rock guitarist, for whom stridency is more important than good taste. She is a designer, and as such we could say that her hands are beyond those of a singer-songwriter, and those who perform ‘surgery’ with music and find poetry in it and are deserving of a Nobel Prize. Like Bob Dylan, who creates art through his music. And possibly also like Bob Dylan, who for unknown reasons did not go to collect his prestigious Nobel prize recently, Mar describes herself as a woman who is “very messy, chaotic and a little bossy. But at the same time always ready to laugh at everything a bit”. We would like to get to know her a bit more. One of the reasons for this is because she created our Christmas card this year. It is modern and a little out of the ordinary. This is UIC Barcelona’s first initiative involving support for talent: the start of a project that links the work of emerging artists to the university.

It was because of my final degree project called SanctaSanctorum – which was a perhaps “transgressive” and “innovative” method for designing traditional religious cards – that you contacted me, right?

Yes, of course. The truth is that I thought that my project would not have much of an impact. Well! It was already great news that the project helped me to finish my degree and when it was also awarded that meant that I was able to do a Postgraduate degree in Publishing and work in that field which I like very much. But…, yes, that call did surprise me. Knowing it [my project] could be successful and that someone would like to support my work made me feel very flattered!

Why did you study graphic design?

I’m not really sure, although I was very sure that it was what I wanted to do professionally. In 3rd year I started a work placement in a design studio where I continued to work for 4 years. I can see now that it was a good decision since I learned the most through that job. At university they show you the tools, but you don’t get your hands dirty until you really get involved.

But talent must also come into it, right?

I think it is a bit of both, you can have talent, but you can also create talent.

I think that art is what makes you feel emotions, brings back memories and provides sensations. The most interesting thing of all is that each person has their own definition of art.

Etsuro Sotoo, a Sagrada Família sculptor, used to say that art brings you closer to God, to Beauty, in capital letters…

You might say that the purpose of art is to bring us closer to explaining the inexplicable, a bit like faith. We could talk about this for hours!

How would you define your own art?

I don’t think of myself as an artist. I’m just a designer. For me the fundamental difference is that design has a specific function. It leaves nothing to chance and is not created just to be “pretty”. Bruno Munari used to say that a designer is a planner with very good aesthetic tastes, and I completely agree with him.

However the collage technique that you use is pretty artistic…

I have to confess that my initial idea was to create vector graphics, which was much more of a trend at the time. In the end, my tutors suggested that I moved away from the most typical route. And listening to them has been positive.

The greatest artists are the ones that have been able to move away from the typical, don’t you think?

Absolutely. Also people who with the few dissemination tools they have still manage to make themselves known around the world. With the internet and all the media sources we have now it is easier to display our work.

Why do you think that vintage is in fashion right now?

I’m not sure, maybe because with computers we no longer take a detailed approach to things and we miss everything people used to do, which was manual, more intricate and had more personality.

Is there currently a lack of designers with personality?

There are lots of designers at present, which makes it more difficult to stand out and be different. In any case, I think it’s good that the number of designers is increasing, since Spain has always lagged behind many European countries when it comes to design. It’s a good way of promoting this profession and making it understood. If people don’t understand design ¾its function and results¾, there is no demand.

What technique do you feel most comfortable with? Would you (or will you) change this?

For me font is the most important thing, it is the main backbone of each piece but I would like to think that there is still a lot to learn and that we will never know it all.

Anything, a film, a sign in a shop, an expression, a magazine, something on the street…

You say that you are willing to laugh at anything: what makes you laugh the most and then sometimes turns into an idea?

People. But I don’t laugh at them. I laugh to have fun. Ideas often come from feelings or memories that stick with us. In fact, my final degree project was the result of a conversation I had with my grandmother: she used to pray to Saint Rita for me to find a partner ¾as grandmothers do¾, and, laughing, I asked her why that particular saint. Her answer made me laugh even harder: Saint Rita is the patron saint of impossible causes.

I’m always complaining that I’ve got too much on my plate, but when it comes down to it I like being on the go. I always say yes to projects that in one way or another I find challenging.

What does “Barcelona” mean to you?

What do you need to be inspired?

To focus on what I’m doing and forget about everything else for a while.

I’m not entirely sure… I don’t like leaving anything to chance!